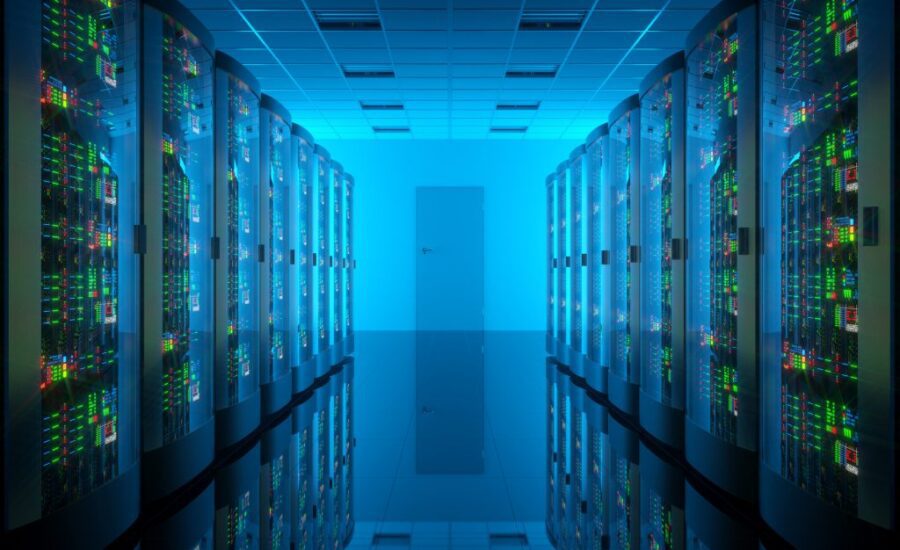 Digitalization of the Polish economy. Obstacles and directions for further growth.

The comment was prepared by intern Maciej Lorens under the lead of expert Bartłomieja Michałowskiego.

The COVID-19 pandemic has caused a dramatic increase in demand for new ways of enabling people to follow social distancing rules. The interest in digital technologies and their more effective use has also risen considerably. In 2019, 4 million people were using Profil Zaufany (Trusted Profile) – by the end of 2020, more than 8 million users had accounts. It took the service only 7 another months to reach 12 million users. According to the GUS’s (Główny Urząd Statystyczny, Statistics Poland) ‘Information society in Poland 2020’ report, the share of online buyers increased by 7 percentage points between 2019 and 2020 – to 60.9% of the population[1]. However, has there been any significant progress in introducing digital technologies to the Polish economy?

CURRENT LEVEL OF DIGITALIZATION OF THE POLISH ECONOMY

The European Investment Bank’s (EIB) report “Digitalisation in Europe 2020-2021”[2] places Poland below the EU average in terms of digitalisation in four areas: manufacturing, construction, services and infrastructure – especially in infrastructure, our country implements significantly fewer digital tools compared to the other EU members. The analysis of specific technology branches included in the aforementioned EIB report shows that the only area in which Poland is nearing the EU average is robotics. Other branches, i.e., 3D printing, Internet of Things, BigData/AI, virtual reality, platforms and drones remain below the EU level. The main strength of Poland is industry – many companies from this sector have begun to take measures to embrace digital transformation. According to the Computerworld study “Industry 4.0 – towards industrial security[3]. only 11% of the surveyed companies haven’t yet taken any steps in that direction.

Another issue to focus on is Poland’s ability to produce innovative solutions in comparison to other economies. In the Sobieski Institute’s “Poland (truly) digital after – COVID-19” and “IoT and AI in Poland” reports, a few indicators for evaluating innovativeness are proposed. By comparing their values with the latest data, one can gain insight into the level of digitalization of a given country on an international scale.

Among high-income countries, Poland has moved from 36th to 33rd place in the NRI ranking. What hasn’t changed are the areas in which it scored the highest in the past: 4G mobile network coverage, Internet access in schools, and e-commerce legislation. The worst scores include: international internet bandwidth, ICT skills as well as investment in and promotion of new technologies by the government.

According to the CPI, corruption in Poland has increased. Since 2018, the value of the indicator has decreased by 4pp, which made Poland move down 9 places in the ranking – from 36th to 45th place. This is bad news for innovation as corruption does not foster competitiveness and thus results in decreased implementation of new solutions – after all, according to a law Nicolaus Copernicus discovered already a long time ago, bad money drives out good (bad meant low on gold content back then).

Compared to previous years, the value of the index has changed slightly. Poland performs above average in personal security and education – 92% of adults aged between 25 and 64 have tertiary education; it’s one of the highest results among OECD countries. The country is still lagging behind in areas: health status, income and wealth, social connections, civic engagement, subjective well-being, jobs and earnings, environmental quality, work-life balance and housing. Sizeable gaps between countries are visible in disposable income: it amounts to $19,814 in an average Polish household compared to the OECD average of $33,604.

Digitalization of enterprises is an essential process as it prevents the growth of disparities in productivity. A report drawn up by the European Investment Bank has shown that after they carry out a digital transformation, companies are more eager to increase investment in the development of new technologies, processes and services as well as allocate more resources to optimizing energy consumption and combating climate change. It makes them more competitive in that they are more likely to export their products and services. Lagging behind can have very negative consequences for the economy’s balance of trade. The level of digitalization in Poland – especially when considered next to the situation of other countries – requires unceasingly strong commitment of the government, local authorities and Polish companies. What does this considerable divergence in digitalization from other highly developed countries come from?

The identification of obstacles preventing the introduction of new technologies in an enterprise is still subject to research. According to the Humanities Institute, the most important barriers to digital transformation are high costs and the need to train employees. It seems to be a correct diagnosis – Eurostat data suggests that in 2020, 18% of Polish companies provided their employees with ICT training, while the EU average is 20%. This percentage needs to be improved: such training is important not only for preventing digital exclusion in the labour market, but also for the development of Polish companies.

Another reported barrier to digitalization is data security. Amidst the growing number of hacker attacks, managers are striving to protect themselves against data theft and surveillance as well as data loss and corruption – 66% of companies surveyed by Computerworld pointed out security as the most prominent challenge faced by the IT industry. The results of the report by the Sobieski Institute mentioned earlier speak for themselves: not a single Polish company was included in the ranking of 500 largest cyber security companies.

Poorly digitalized infrastructure thwarts digital transformation as well. A report by the European Investment Bank has shown that almost 50% of Polish companies brought up this issue. There is also a negative correlation between the declared network transmission speed in households and reported infrastructure problems. This means that the development and, as a consequence, an increased availability of 5G networks in Poland will improve the transmission speed of the Polish ICT network, which would be of great help in the process of the digitalization of Polish companies.

A worrying problem is the lack of confidence among management boards about new technologies. According to GUS data, as little as 24.4% of Polish companies use cloud computing. The good news is that more and more cyber security related positions are appearing in companies – which means that there should be more graduates educated in this field. Thankfully, it is already one of the most popular majors at the Warsaw University of Technology and AGH University of Science and Technology.

Boosting the competitiveness of our country should be the key priority of the authorities. The way to success is through exploiting the potential of the areas of the economy in which we can relatively easily catch up with other countries. It should be much easier for Polish companies to excel in digital fields and new technologies compared to the industries that already exist and are dominated by large corporations. It is important to identify precisely the branches in which not much competition is encountered. Polish game producers can serve as an example; companies such as CD Projekt Red and Techland create popular titles available to customers around the world.

It is also necessary to significantly increase the procurement of innovative solutions by the Polish army and public entities. Initiatives supporting the process of modernizing the Polish Army such as the agreement between the Ministry of Defense and the Łukasiewicz Research Network are a step in the right direction.

In summary, the level of the digitalization of the Polish economy falls short of our aspirations. This state of affairs needs to change as promptly as possible, otherwise it will become increasingly difficult to keep pace with foreign economies. Our strengths are the ICT infrastructure and well-trained engineers and programmers. The number of students at IT faculties is also an asset. In the end, however, it is the right decisions of the authorities and management boards that will play a key role in overcoming many obstacles hindering the dynamic economic development of Poland.