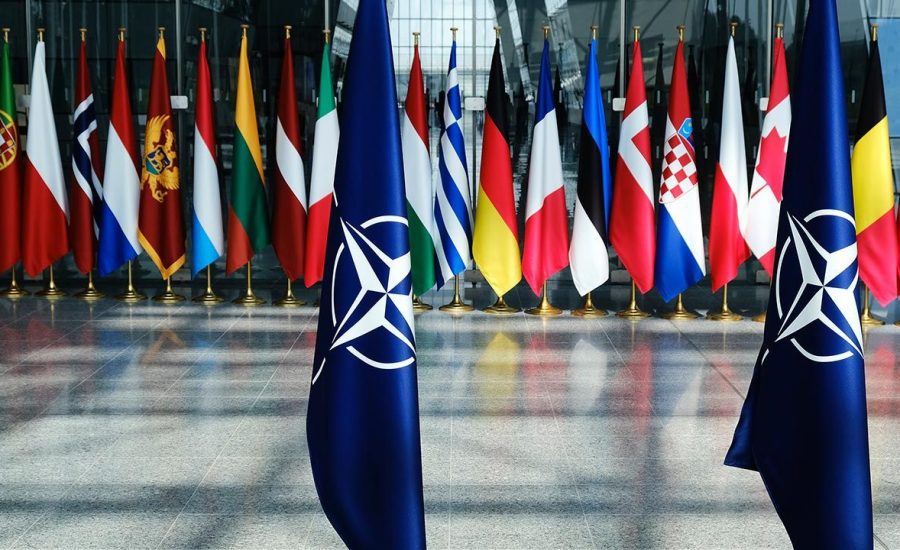 At a security conference in Munich in 2017, Chancellor Angela Merkel called on Member States of the EU to take over the continent’s security fate into their own hands[1]. Recently, at the Charles University in Prague, Olaf Scholz outlined a vision of a stronger EU, more sovereign and capable of tackling the geopolitical challenges[2]. The speech of the German chancellor was a response to the French idea of the strategic autonomy of the EU, which, according to President Emmanuel Macron, should be based on joint intervention forces, a common defence budget and a uniform military doctrine[3].

Supporters of strategic autonomy or European sovereignty most often point to the possibility of the United States withdrawing from Europe in favour of the Asian area of rivalry with China. The abandoned Union must therefore have the capacity to defend itself. However, at the time of the Russian threat, it was the United States that took the greatest burden of helping Ukraine, as well as strengthening the endangered states of Central Europe. Moreover, the necessity to standardize military purchases and weapons in the Member States is indicated in order to eliminate the waste of financial resources.

The European Commission unveiled a new plan for the coordination of military spending in EU countries in May, proposing rather modest funding of € 500 million as an incentive[4]. Joint tenders would strengthen the capabilities of the European arms industry, and thus, above all, of French and German corporations. At the same time, it is another tool of the EU to limit purchases of non-European weapons, for example American or Korean. Such a solution beats the interests of the so-called NATO’s eastern flank, which so far has entrusted its security to the greatest extent to America. Several countries that wanted to send German weapons to Ukraine became convinced of the problems of purchasing European weapons, which was blocked by Berlin at least at the beginning of 2022[5].

The EU Common Security and Defence Policy (CSDP) have two main components. The first concerns increasing the production potential of armaments, which serves to strengthen the industrial base, mainly in France and Germany, as well as their export opportunities on the EU internal market and on a global scale. According to a recent SIPRI report[6] France was the third largest exporter of arms in the world, while Germany came fifth. As we know, after the Russian aggression against Ukraine in 2014, both countries also sold weapons to the Russian Federation[7].

The second component of plans related to the EU’s defence policy is geopolitics. That is why, in his Prague speech, Scholz stressed the need to increase the scope of majority voting on matters relating to the EU’s external policy. This gives the largest EU countries an obvious advantage. However, it is difficult to accept for the countries of NATO’s eastern flank, given the traditional directions of German and French geopolitics. Even seven months after this year’s Russian invasion of Ukraine, Merkel proposed the creation of a pan-European security architecture encompassing Russia[8].

After February 24, 2022, the security system in Europe has been put to the test and needs to be changed. It should include Ukraine and guarantee a real defence against Russian aggression. In fact, it is mainly made up of the USA, the United Kingdom and the countries of NATO’s eastern flank, including Poland. Recently, the system has been strengthened by the accession of Sweden and Finland to the North Atlantic Alliance.

Meanwhile, the concept of strategic autonomy was to increase the EU’s emancipation towards Washington, strengthen the role of Paris and Berlin over the integration processes, and resulted in an ever closer rapprochement with Russia. The war in Ukraine after 2014 did not affect these plans in the slightest. In 2015, decisions were made to build the second line of Nord Stream, thus strengthening the geoeconomic rapprochement with Russia. A year later, the crisis of breaking European values ​​began. Regardless of the merits of the dispute, important geopolitical differences appeared in its background, concerning e.g. the political future of the EU and the subjectivity of Central Europe. It is also hard not to notice that the pressure in this matter exerted by EU institutions and supported by Paris and Berlin weakened the international position of the pro-Atlantic government, on which the continent’s security is now largely based.

The war in Ukraine has eroded the chances of developing common defence within the EU. For example, the French were disappointed with Berlin’s decision to purchase the American F-35 multirole combat aircraft capable of carrying nuclear warheads. It hit the plans to build the sixth generation aircraft in cooperation with German, French and Spanish corporations. One of the French experts associated with the Ministry of Defence, Pierre Haroche, said that the priority of Germany is not to strengthen European defence, but to rebuild its own military potential so as to meet NATO requirements. This was the assumption behind the new fund for the modernization of the German army in the amount of EUR 100 billion. The French expert added that Paris therefore cannot rely on Berlin for defence matters[9].

The very same conclusion could be drawn by most of the countries in the eastern part of the EU, most threatened by Russian imperialism. They may feel disappointed with the attitude of France and Germany towards Russian aggression against Ukraine. After all, it was Macron who appealed to allow Putin to get out of the war without humiliation[10], and Scholz did not want to let Germany slide into a major European war[11], and repeatedly refused to supply heavy weapons to fighting Ukraine.

According to the Kiel Institute of the World Economy[12] Germany declared support for Ukraine in the amount of EUR 1.2 billion, and France – 233 million. In this way, the economically weaker Poland supported Kyiv with a significantly larger amount (around EUR 1.8 billion) than the combined aid from Berlin and Paris. To this should be added Germany’s attitude at the NATO summit in Madrid, when it blocked the possibility of a greater strengthening of the countries of the eastern flank, including Poland. Berlin also failed to deliver on its promise to provide Warsaw with Leopard tanks, which were to replace the T-72 vehicles sent to Ukraine.

Is it possible to regain the trust of Poland and other frontline states for the Franco-German leadership in the EU defence policy? Can you count on the German army modernization fund to defend the countries of NATO’s eastern flank? Will the strengthening of the CSDP be an effective response to Russian imperialism, or will it deepen the rifts between the allies?

Rebuilding trust in Germany and France in the countries of NATO’s eastern flank requires a change in the policies of Berlin and Paris towards Ukraine, Russia and Poland. The current geopolitical course of both Western European capitals has favoured the deepening of divisions within the EU and NATO, and thus weakened the potential of the broadly understood West to counteract Russian imperialism. In the case of relations with Warsaw, German politicians could improve trust by seeking to end disputes over European values ​​and unlock EU funds for Poland. Moreover, it is difficult to build a common future in the field of security without the prior regulation of the issue of war repairs by Germany.

Poland may support the development of the EU’s defence policy, but only under certain conditions. Firstly, the development of EU policy must not undermine the alliance with the USA, its military presence in Central Europe, or Poland’s sovereignty in terms of defence strategy and the ability to dispose of its own armed forces. Secondly, Polish government should strive to develop a formula of CSDP that would complement or strengthen mutual cooperation with NATO, but not duplicate or compete with the structures of the alliance. Third, EU funds allocated to the development of defence policy should support the development of the Polish arms industry. The institutional and financial development of the CSDP without meeting the above conditions, additionally combined with the resignation from the veto and the transition to voting by a qualified majority in this policy and external affairs of the Union – would be beneficial for Germany, probably at the expense of the security of Poland and other countries of the so-called NATO’s eastern flank. It could also lead to the paralysis of NATO as an effective defence alliance.