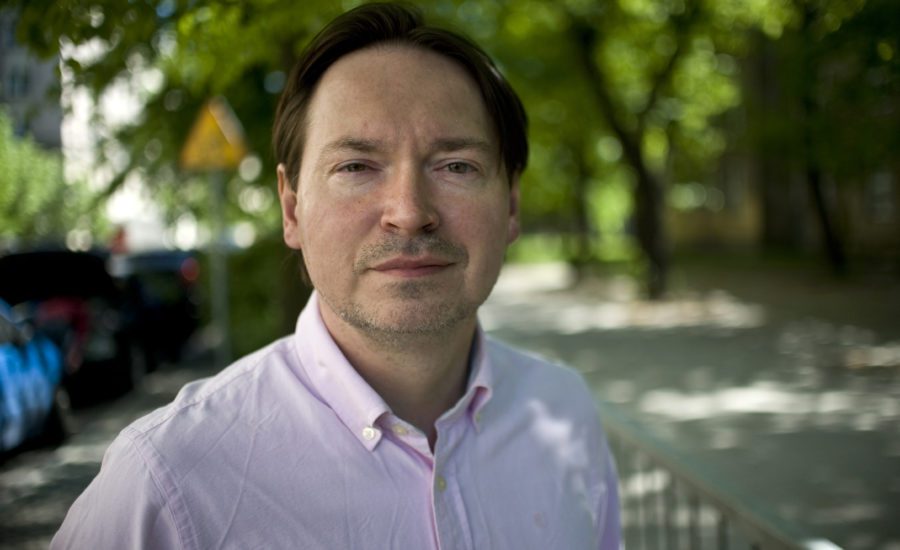 The European Union: a challenge for Central Europe

The European Union entered the 21st century with a common currency and strengthened by new members from Central Europe. It seemed that the integration has reached a new scale and pace. This was, however, only a temporary state. The high ambitions have not been accompanied by adequate institutional reforms, particularly fiscal, political and democratic ones.

Then came a wave of crises which were topped by Great Britain’s decision to leave the EU. Notably, none of these serious European crises has been solved in a systemic manner; they were merely alleviated. This holds true in regard to the dysfunctions within the Eurozone, the migration crisis and the geopolitical crisis on the eastern outskirts of the EU. This shows the weakness of the political management within the EU.

Furthermore, the Europe in the time crisis is characterized by significant internal changes. The importance of intergovernmental institutions rises, and so does the role of the largest countries, particularly Germany. It might be an exaggeration to call Berlin’s position hegemonic, but without doubt neither Paris nor the EU’s institutions are able to counterbalance it. Technocratic institutions have become politicized, meaning that their decisions are influenced by the largest member states. These institutions may now also serve as the instrument of regulatory or political pressure aimed at countries which are smaller, peripheral or which challenge the direction of changes within the EU. At the same time the asymmetric character of European policies intensifies, especially in regard to anti-crisis measures. These policies are more favorable for the European center and less for the peripheries. One such example was the common currency crisis, during which the weakest peripheral countries of the Eurozone shared the main burden of the macroeconomic adjustments1.

Central Europe has been so far an evident beneficiary of the European integration. The UE membership guaranteed access to the capital and investments, and also to free trade within the internal market. Central Europe has been the beneficiary of the EU’s funds for infrastructural projects and improvement of living standards. The former realities of the integration also allowed for a relative autonomy of national authorities and a geopolitical stabilization. Simultaneously, Central Europe was able to draw profits from its geographical location i.e. the proximity of different economical system behind the eastern borders of the EU. More and more, the transformation of the regional order in Europe seems to undermine the previous advantages. The autonomy of the smaller and more peripheral countries is being reduced; one example of that when Central European countries were outvoted over the controversial issue of mandatory refugees quotas (2015). Changes in the integration processes may result in an increased political and economic dependency of Central Europe on Germany, mainly due to the economic influence of this country within the region, but also because of the further integration within selected policies of the EU, concerning such fields as climate, energy and defense. The rules of the internal market change gradually and they more and more negatively affect the competitiveness of the countries of Central Europe. For example, there is a pressure to harmonize the taxation of enterprises among the member states and to set the wages of employees delegated from countries of Central Europe to the levels of Western Europe. At the same time mechanisms compensating the weakest countries and regions for the dysfunctions of the liberal internal market, may be reduced. This concerns especially the cohesion policy, which resources will surely be limited by Brexit, the growing redistribution needs in the Eurozone and the migration crisis. Changes can also be seen in the organizational structure of this policy, as non-returnable national subsidies are turning into loan funds available through open contests. Such changes have particularly negative consequences for the less influential countries from Central Europe. Furthermore, due to the migration and Ukrainian crises, safety level has significantly dropped within the EU, and most of the countries of Central Europe lost many of their trade opportunities offered by the markets outside the EU’s Eastern border.

In this situation, it is important for our region to actively participate in the discussion on the future of the European integration, which has been initiated during the EU summit in Bratislava (2016). A number of scenarios of the proposed changes can be distinguished here, however it is important to remember that some of them may take place simultaneously.

The first scenario has been outlined in Bratislava and is promoted by the German diplomacy with French support. It focuses on further integration within the selected policies of the EU, primarily defense, internal security and migration. A key feature of this scenario is to stop the disintegration tendencies within the EU, through strengthened cooperation in the least controversial fields. Another important goal is to end the “two–speed Europe” divide, resulting in separation of the Western and Eastern parts of the EU. The discussed scenario could result in the greater interdependency of the EU member states and a further strengthening of German political influence in Central Europe.

The second scenario aims at increasing of intergovernmental management, that is strengthening of the European Council and the Council of the European Union, while  limiting the role of the Commission, which has been recently proposed by Wolfgang Schäuble, German Finance Minister. It is a scenario in which the rule of the strongest member states is further increased, as those countries have an upper hand in decision-making procedures of the EU. In this scenario, the countries of Central Europe would have a limited political influence, unless they manage to gain the support for particular decisions in other countries or trigger the change of decision-making rules in the Council of the European Union (which from a current perspective, seems rather unlikely). This is a scenario favorable to the advancement of German agenda, and can also be fulfilled simultaneously with the scenario proposed in Bratislava.

The third scenario is about the restriction of the rule of technocratic institutions (especially the Commission), the EU Court of Justice, as well as limiting the scope of the EU’s powers and transferring some of the competences back to the member states. Another proposition included here, is a greater role of national parliaments in the Union’s politics, inter alia by establishing veto power on the legislative initiatives of the Commission, which was recently proposed by the Speaker of the Sejm, lower house of the Polish parliament. Restriction of the Union’s technocracy would increase the role of intergovernmental institutions in the politics of the EU, which makes this solution similar to scenario number two.  Strengthening of national parliaments would make the current administration within the EU more difficult and implementing new regulations quite challenging, and, to a certain degree, slow down future integration or development of efficient anti-crisis measures. For these reasons, mentioned solution will probably be marginalized in the negotiations concerning the future of the EU.

The fourth scenario proposes deepening of the division between the EU center and its peripheries, which would result in an closer integration within the Eurozone or even a  smaller group of Western European countries. The “outsiders” would not participate in the future integration of the center, although it would without doubt  be still obliged to follow  legal regulations developed by the center. Such scenario is supported mainly by French and Italian politicians. Polish authorities have been so far consequently against such solutions because they would marginalize Central Europe. It seems that the German diplomacy also attempts to block such proposals, since they would mean a decrease in Berlin’s influences within Central Europe.

The fifth scenario underlines the tendency of some countries to distance themselves from further integration and even disengage from particular EU policies, such as the Schengen Zone or the migration policy. Such actions might be a result of the inability to negotiate favorable solutions by the less influential countries. In a way it is complementary with the fourth scenario, as it assumes that countries left in the second (peripheral) integration zone would be prone to limiting their participation in the EU’s policies, since their political impact on the center’s decision-making would be significantly limited. Consequently, the “two–speed Europe” division might be deepened and some countries might eventually consider leaving the EU, following British lead.

Countries of the Visegrad Group have a dual challenge to face. On one hand, they need to  find an answer to the ongoing changes in the integration processes. On the other, they have to take a stance on potential further changes in the EU. It is clear that the V4 countries do not agree on all issues. While Warsaw and Budapest call for radical changes in the European treaties, aimed at restriction of the EU’s technocracy, limited regulations and empowerment of national parliaments in decision-making processes of the EU, Prague and Bratislava distance themselves from these postulates. The views on Germany’s role in the European integration and Central Europe itself, which are crucial to choosing one of the discussed scenarios, also vary within the V4 group. That is why, a deepened discussion on the possible scenarios and specific institutional reforms is currently necessary among the countries of our region.