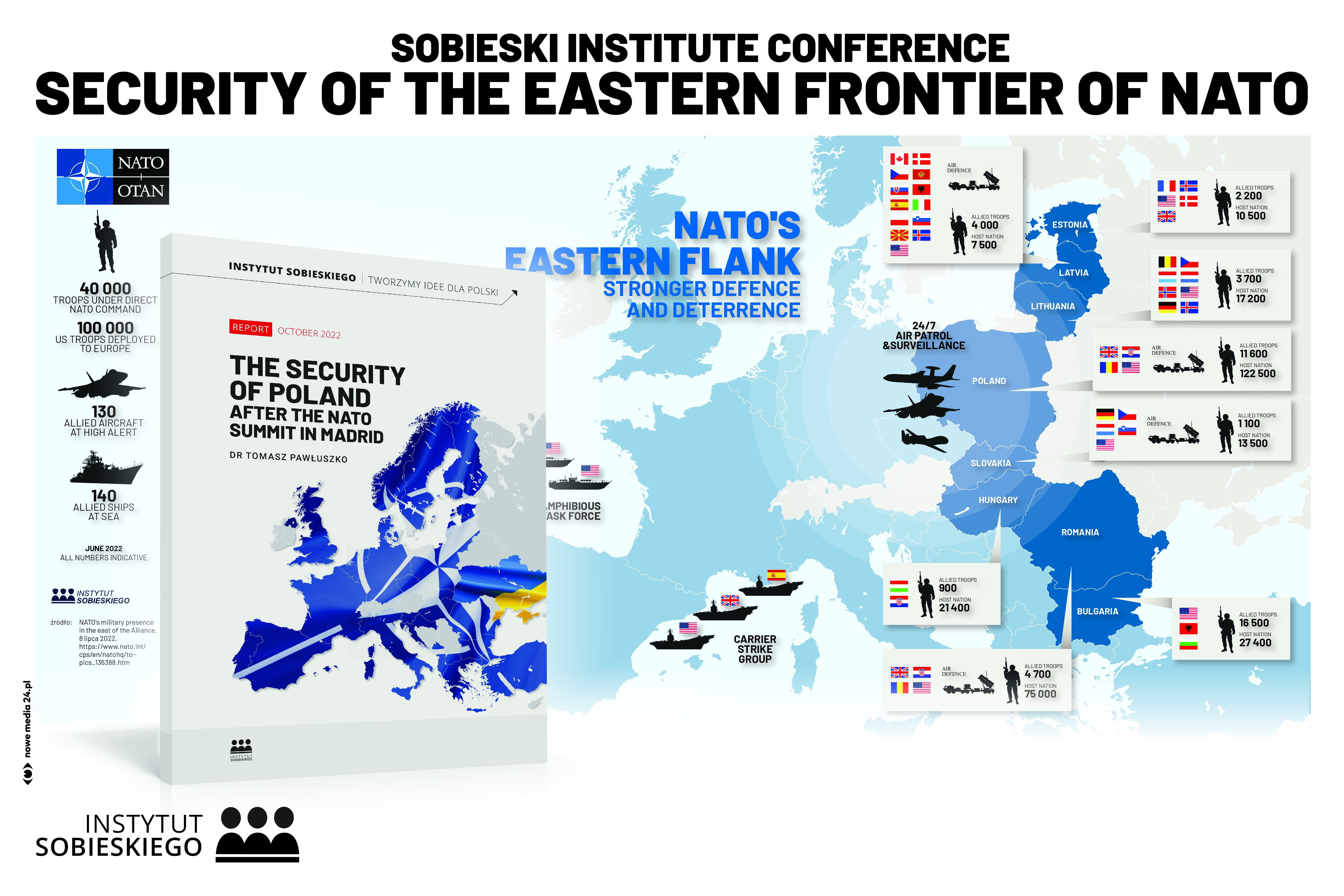 THE SECURITY OF POLAND AFTER THE NATO SUMMIT IN MADRID

Nowadays, Poland is a medium-sized country with high growth potential. To determine the viability of the medium sized state in the international system, a survey of dozens of analytical concepts used in international studies was conducted. On this basis, directives for security policy are presented. The first part of the report closes with a comparative analysis of the visions of Poland’s security policy presented in the current national discourse. To verify the data collected, it was decided to conduct further qualitative research.

The first part of the report authored by PhD Tomasz Pawłuszko  analyses Poland’s international position as a medium-sized state that takes care of its security through both its own policies and alliances. The second part gives the floor to experts who assessed the impact of recent international developments on Polish security policy.

The theoretical study includes studies of Poland’s international position from the perspective of history, international relations theory and current discourse. The perspective of history makes it possible to see the numerous mistakes that Polish elites committed in the modern period against the background of European trends. Poland is one of the few countries in Europe that has both served as a regional power and disappeared from the map. The Polish lands have experienced the rule of various types of regimes (monarchies, noble republic, insurgent governments, dictatorships, occupation governments, Nazism, communism, liberal democracy).

The empirical study includes information on the interviews and expert surveys conducted, and consists of a discussion of selected 9 issues, along with quotes from experts. The following are discussed in turn: the position of Poland after the outbreak of the Russian-Ukrainian war, the consequences of the Madrid NATO summit, the consequences of the accession of Sweden and Finland to NATO, the strengths and weaknesses of Polish security policy, opportunities and threats to Polish security policy, Poland’s international roles, scenarios for Poland, and proposals for improvements in security policy.

Summarising both parts of the report, it was decided to make recommendations for decision-makers in the areas of external (diplomacy, armed forces) and internal (civil protection, crisis management, security administration) security policy.

RECOMMENDATIONS:
At a time of ongoing war in Eastern Europe, it recommends:
• increasing personnel and material commitment to the expansion of the Polish Armed Forces and their reserves
• strengthening institutions developing strategies and doctrines for the Republic of Poland’s enlarged army (War Studies University, Doctrine and Training Centre of the Polish Armed Forces)
• strengthening the staff of ministries responsible for security by expanding training (e.g. KSAP, universities) and improving working/service conditions in civilian and military structures, especially those responsible for foreign relations, tenders and equipment acquisition
• working towards a cross-party consensus for the realisation of security policy goals (“round table”, “roadmap”, “security policy development charter”, a document committing politicians to defined goals, regardless of party affiliation)
• taking action for Poland’s innovative military specialisation in the EU and NATO through participation and organisation of cooperation in the military, industrial, training, field and staff exercise sphere
• conduct reconnaissance and foresight research on the opportunities and conditions for a “new opening” in relations with key partners
• offering partners credible scenarios (“roadmaps”)to expand the available formats for intergovernmental cooperation over the next few years
• expanding inter-ministerial cooperation of the B9 countries, following the example of the Nordic countries
• expanding the business and intellectual forums of the countries of the region, as well as bilateral forums in order to strengthen the message about the common interests of the Central and Eastern European region
• proposing general priorities for Polish foreign policy for the rest of this decade
• strengthening the position of think tanks responsible for providing analysis and expertise on the international situation, enabling the production of materials in multiple languages
• supporting the process of establishing branches of American and Western European media and expert institutions in Warsaw, in order to increase the impact of the Polish message
• increasing funding for Polish cultural institutes to enable them to expand their activities with language courses, cultural events, strengthening the presence of Polish elites
• improving media communication by supporting foreign channels of Polish media
• expanding cooperation with the elites of post-Soviet countries disillusioned with Russia’s policies, within the framework of Polish cultural institutes or otherwise
• passing a law on civil protection and rebuilding the country’s civil defence system, based on new emergency services (consider creating a separate ministry).
• planning investments in restoring critical infrastructure that has been neglected for decades in each voivodeship (shelters, resource and reserve bases, civil protection training centres)
• identifying opportunities to finance the expansion of the gas port, the oil port and other investments to further increase the degree of energy security
• strengthening tools to counter undesirable influences of hostile third countries
• monitoring and supporting the development of Polish cadres in EU and NATO institutions
• beginning an audit of the country’s security systems to gain information on opportunities for improvement based on the experience of the Russian-Ukrainian war; target preparation for a new strategic review of national security.