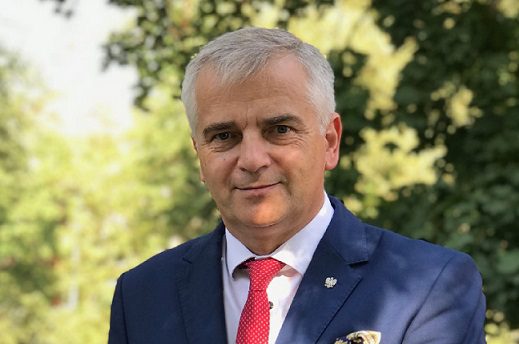 Over recent years he has been involved in the topics of the closed loop economy and energy self-sufficient municipalities as well as the Smart City. An ardent supporter of the development of Public-Private Partnership. As an MP, he was actively involved in Polish-Lithuanian and Polish-Ukrainian rapprochement at the level of local self-government.

In 2007-2015, he was a Sobieski Institute expert on Eastern Affairs, author of numerous publications and statements on Russia, especially the Kaliningrad Oblast.